This is a selection of documentaries Dewald Aukema has worked on. Over 300 documentaries have been photographed over the last 40 years.

A 3 x 1 hour series which explores how the structure of social networks affects how far and fast ideas have flowed through them from the Reformation and witch hunts to the gaint social network platforms of today.

Exploring unique 35mm film post cards made in Burma during the 2nd World War for the soldiers families back in the UK.

Prisoners in the UK vote for the best prison movie of all time. We look at the story behind these films.

Martin Luther King and the March on Washington

Commemorating the Civil Rights Movement's March on Washington, a pivotal moment in the history of the civil rights struggle in the USA.

A homage to Stuart Hall, one of Britians foremost cultural theorists.

Three films investigating whether historically monarchs in the United Kingdom were physically and mentally capable of ruling.

Pilot film that follows the mad adventures of a larger than life group of gem hunters persueing undiscovered gems around the globe.

Three one hour films following the sourcing of the DNA and eventual drawing of the complete Genome of various world leaders, great artists and scientists.

From Tao to Mao

Three part series on the history and contemporary emergence of China as a super power.

This 90 min feature documentary offers a unique insight into the mind and personality of Henry Kissinger, whose profound and often controversial influance on the world is undenaiable.

Six part series on the rise and demise of Western Civilisation.

A unique portrait of Britian viewed through it's pub culture.

Revisiting the social and environmental implications of this disaster 20 years on.

Six one hour films on the history of money.

A 90 min feature doc on the extraordinary metamorphoses from unreconstructed bad guy to successful artist that is the life of Jean Marc Calvet.

Exploring the life's of various families and people living in the same street as the director, Sue Bourne.

For which I am Prepared to Die

A personal journey for director Lindy Wilson, unravelling the inspirational story of her uncle, Roger Bushell, one of the key figures in the great escape during WW2.

Three one hour films on the intricate and poetic relationship between science and music.

The life of this 20th century icon though the lenses of some of the greatest photographers of all time.

The third film of the 7Up seies in South Africa.

A 90 min film delving into the dark history of interrogation and torture world wide.

War of the World

Six one hour films on the history and causes of conflict in the 20th Century.

The work and life of Francis Bacon.

One of the films in a series looking at the global impact of Empire.

The life and times of James Dean.

Exploring the lifes of a young Schizophrenia sufferer and his family.

In the footsteps of Churchill

Degas and the Dance

The work and life of Edgar Degas, focussing on his ballet works.

It will Never Last

Two one hour films on the last surviving Tommy's who fought in WW1.

An anatomy of an air disaster.

The Life and Times of Count Luchino Visconti

A dramatised documentary on Prince Albert.

Two one hour films out of a series of six on the British Empire. Africa.

A dramadoc exploring the bizarre murder within an expat Englidh Family living in South Africa.

Two one hour drama-docs looking at the real undercover activities of the police in the UK today.

The Making of the Misfits

A 90 min documentary exploring the process behind producing "The Misfits".

One man living between the analogue and digital worlds

Little Woman - A day in the life of a Tweenager

A documentary dealing with the phenomenon of "Tweenagers".

A Death in the Family

The Wonderfull World of Louis Armstrong

An 80 min retrospective film on the life and music of Louis Armstrong.

The 2nd film in the 7Up series

A film exploring this frightening problem in South Africa.

Call of the Mist

The History of Rhodesia/Zimbabwe

A three part series exploring the historical and contemporary reality of this extraordinary country.

Observing naturism in the UK.

The Wall and the Colour Bar - Co photography

Exploring the contemporary legacy of MLK.

Looking at fiscal politics in architecture on a global scale

Death in the Family

Gillian Slovo's journey into her past so as to enable her to come to terms with the relationship with her parents, Ruth First and Joe Slovo.

Alan Patons remarkable life seen through the eyes of family and friends.

A global look at the contemporary status of woman across the planet.

Gail Singer for Canadian Film Board

A one hour special on one day in the life of President Mandela.

The Cheese and the Worms - Voices from the Dark

The authorised documentary on the life of President Nelson Mandela.

Three films set in African countries exploring the people and the spaces the inhabit.

Welcome to the Human Race

The final film in a trilogy tracing the role that four woman played in the struggle for a just and democratic South Africa.

The End of Apartheid  (Co-photography)

Three one hour documentaries featuring the decision makers behind the dramatic political transformation in South Africa between 1990 and 1994.

Rhythm and movement in an African Landscape.

Director: Deborah May for british Arts Council and BBC2

Investigating the long term economic implications of Aids for the Africa continent.

Dealing with the Education Crises in South Africa

A Poetic and Razor Sharp investigation into the historical and contemporary injustices within the mining industry in South Africa.

The extraordinarily popular Zionist/Christian/Spiritual Church in Southeren Africa and it's inner workings.

Aunt Betsie and her Traitor Grandson

Four part series documenting a continuous horseback journey from Botswana to the border of Sudan to propagate the then revolutionary wildlife management concept of sustainable utilisation.

Youth Theatre, Poetry and Dance mixed with the turbulent townships of 91 South Africa.

Six one hour films documenting the history of Soweto.

Director: Angus Gibson for University of the Witwatersrand History Department

Nelson Mandela's first post release visit to West Africa to thank Ghana and Senegal for their support of the ANC after it's banning in 1960 by the  South African government.

Understanding the historical and contemporary relationship between the UK and South Africa.

Rebirth of a Nation

The life of playwright/Director Mbongeni Ngema

Juxtaposing the life's of Cuban and South African soldiers during and after the Angolan/South African war of the 1980's.

No Easy Road to Freedom

Swapo's role in liberating Namibia from it's South African oppressors.

A conversation with three men, all who spent most of their live's on Robben Island with Nelson Mandela.

A Cry of Reason

The life of Beyers Naude, a prominent Afrikaner theologian who rejected his own people by commiting his whole life to fighting apartheid.

Comparing the lifestyles of two 14 year old girls, one white and one black.

Freedom Square and Back of the Moon

A dramatised documentary looking at the removal of Sophiatown residents by the Verwoerd regime in the 1950's.

The life and times of Steven Biko, founding father of the Black Consciousness Movement in South Africa.

Director: Terrance Francis for the BBC

The Role of Women in the struggle for a democratic South Africa.

Looking at the Metal and Allied Workers Union struggle against oppression in South Africa. 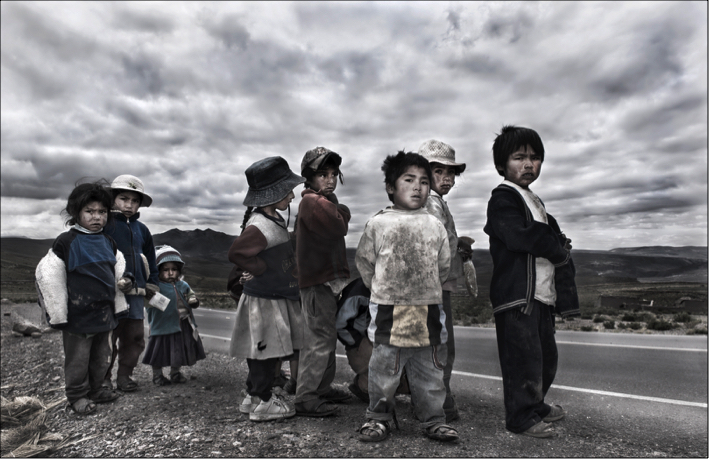